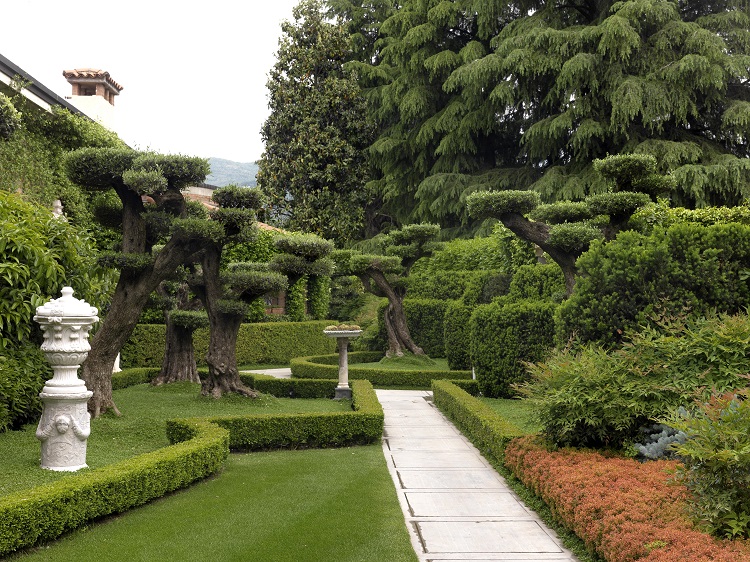 From Tuesday 31 August come and discover the wonders of the garden of the Casa Museo accompanied by the narrator of the actress Alessandra Mattei: five itineraries to discover a real open-air museum where sculptures, vases, fountains and architectural elements interact with selected tree species and refined blooms, combined according to a unique and stylistically coherent project.

A corner of the world where you can see distant cultures such as those represented by the Egyptian papyri, the cedars of Lebanon, the Sophora of Japan, the Chinese Juniper, the careful selection of Agaves and a spectacular series of macro Bonsai. A true contrast between measure, geometric rigor and theatricality that amplifies the vision of a space as a metaphor for the soul in which beauty and art live daily. The garden is the natural continuation of the path inside the House Museum which houses a collection of over twelve hundred pieces including paintings, sculptures, furnishings and works of applied art.

Access to the Casa Museo and the garden is allowed only by reservation by calling 0302520479 or by sending an email to info@fondazionezani.com

ALESSANDRA MATTEI. Born in Brescia in 1986, after classical studies she made her first theatrical experiences with G. Ferlini. In 2009 he graduated from the Accademia dei Filodrammatici in Milan and then began working as a professional. Among others he studies with K. Arutyunyan, N. Karpov, A. Humet, V. Binasco, H. Shuller, M. Proulx. He made his debut in theater directed by B. Fornasari and P. Clough. In 2010 he organized the “Perle tra le Dolomiti” Theater Festival. In 2011 he won the prize at the UNO Festival with the monologue Lettera di Bambola by B. Nativi. With S. Ferrentino at the Elfo Puccini Theater in Milan he takes part in The Accountant and the Morays by P. Corrias. In 2012 he lives in London and studies musicals at Pineapple Dance Studios. Directed by Bucci-Sgrosso, she works in Mythos and in Il Tartufo (CTB-Centro Teatrale Bresciano). Among others it is directed by R. Pradella, M. Pellegrini, F. Renda, S. Cordella, V. Vaccaro, S. Mabellini. In 2017 he is at the Menotti Theater for “Vanja” of the Oyes Company. Since 2016 he has collaborated with the I Guitti Theater Company and with the Teatro Traveling Company. In 2019 he founded and directs the company D.A.R.T.E. Theater.