Moon flask and the charm of the East 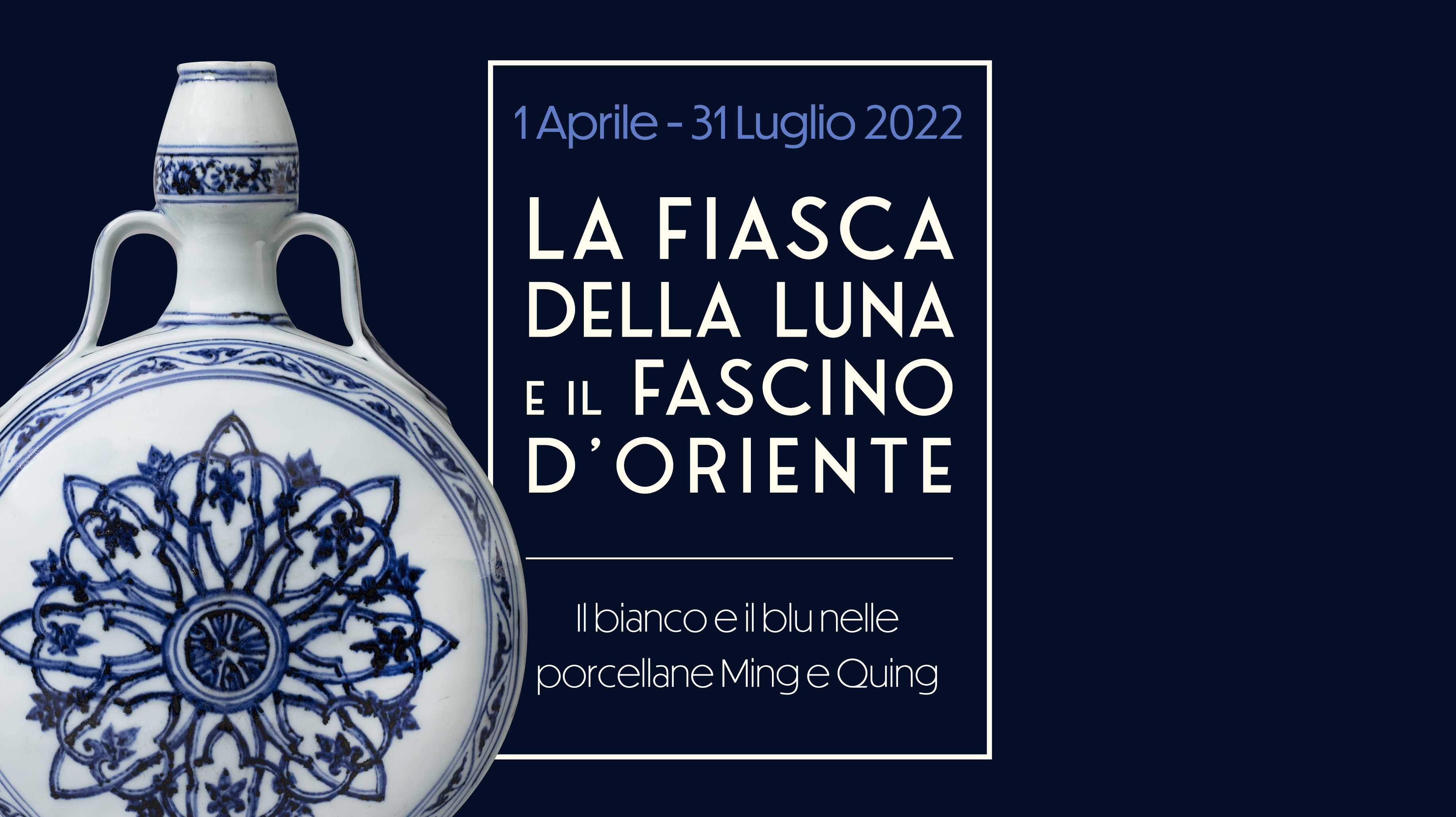 Exceptional guest in the Casa Museo of the Fondazione Paolo e Carolina Zani is a moon flask from the collections of Palazzo Madama in Turin. It is a rare example of the Ming period (early 15th century), embellished with very refined geometric and vegetable motifs painted in cobalt blue on white porcelain.

The prestigious loan is an opportunity to enhance the extraordinary collection of over 90 pieces of Chinese and Japanese porcelain of the House Museum, works made mostly under the Ming and Quing dynasties. Among them stand out porcelain Céladon, of the green family, rose an important corpus of 54 specimens of blue and white porcelain. It is this nucleus that has been reunited for the first time in the exhibition hall of the Casa Museo, in an evocative setting that aims to recreate a “porcelain room” as happened in the past in the homes of noble collectors. Among the most interesting works: a flask of the moon of the Quianlong period (1736-1795) will be combined with the oldest model of the collection of applied arts of Palazzo Madama in an attempt to create a dialogue between forms and decorations that go through the centuries unchanged.

The two protagonists of the exhibition will be flanked by other Chinese blue and white porcelain. In particular, the 37 Vung Tao vases from the Zani collection will be brought together, which for the first time are exhibited in the Casa Museo in an organic way and which were part of the more than 48,000 pieces found during the excavations of 1991 off Vung Tao, in South Vietnam.

Other protagonists of the exhibition will be two large kraak porcelain dishes of the Ming Dynasty, Wanli period (1573-1619). Acquired by Paolo Zani in 1992, the two exceptional pieces with a diameter of 50 cm are flanked by Chinese porcelain embellished with French frames in gilded bronze that respond to the collecting taste spread throughout Europe during the eighteenth century.

The exhibition is completed by a selection of objets montés, or creations in Chinese porcelain which, once they arrive in Europe, are modified with the addition of very elegant gilt bronze (ormolu) frames. The latter have a double motivation: on the one hand, they modify the function of the object by transforming, for example, a vase into a cruet or a pitcher; on the other hand they embellish the work with rocailles elements, luxurious ornaments with arabesque lines that best respond to the taste of Baroque and Rococo collecting. An extraordinary example of the encounter between East and West.

The circular shape of this legendary object from the thousand-year history comes from the flask known in the West as “pilgrim’s flask”: a typical name of the flasks used in the first centuries of the Christian era to contain holy water or oil, transported from places of pilgrimage to the Holy Land. In Cina, contenitoriper il vino di questa forma sono noti fin dal IV-III secolo a.C., ma solo a partire dal XV secolo d.C. queste fiasche, chiamate “bianhu” o “baoyoueping” (“abbracciando la luna”, da cui il nome “moon-flask”), venogno prodotte in porcellana, with flattened circular body surmounted by an elongated or bulbous neck, on which two small loops rest. The specimen of moon-flask exhibited at the House Museum comes from the collections of Palazzo Madama and dates back to the early Ming age (early fifteenth century).

For the little ones: the Educational Services of the Casa Museo have developed a dedicated workshop, designed for children (6+) entitled Blu China.

Under the guidance of a museum educator, girls and boys will be able to visit the temporary exhibition, deepening the technical characteristics of the porcelain on display and the blue drawings that decorate them.

The visit will be followed by a laboratory activity that involves experimenting with (cold) painting on porcelain, using the Blue China color (saucers and jars made available by the museum).

Each participant will thus have the opportunity to develop their own decorative project, create it and take it home.

In the meantime, parents or carers can visit the Casa Museo and the temporary exhibition.

The activity, which lasts approximately 1.15 hours and is part of the family museum program, will be available every weekend at 3.00 pm and will only be accessible by telephone booking (tel. 0302520479).

For the children participating in the workshop and their companions, admission will be € 5 per person.

For adults: a unique and unforgettable experience is proposed for adults who will be able to participate in three oriental ceremonials such as the tea ceremony, the kitsuke that is the ancient ceremony of dressing the kimono, and the ceremony of origami, the ancient art of folding paper to create naturalistic shapes.

The proposals for adults arise from the collaboration with the Fuji Cultural Association which, for over 20 years, has been promoting the knowledge and dissemination of Japanese culture.

THE TEA CEREMONY: a Japanese ritual that goes far beyond the simple consumption of a cup of tea, because it follows a very precise code of behavior and everything, from the programming of the event to the gestures to be performed before drinking the drink, based on extremely precise rules.

The program includes an explanation of the ceremony and the utensils used and the preparation of a dessert served during the tea ceremony. Matcha tea preparation, tasting and short demonstration by the teacher.

KITSUKE “The dressing ceremony”: a real ceremonial of great effect and deep beauty. The version proposed by us is the ceremony of the dressing of the YUKATA (浴 衣), the summer and informal version of the KIMONO. In this workshop it will be possible to dress a yukata helped by the teachers and learn and tie the obi, the belt, independently. Participants can wear yukata over their own clothes for the time of a walk or a souvenir photo.

THE ORIGAMI CEREMONY: the Japanese term ORIGAMI (折 り 紙 from the verb oru = fold and kami = paper) indicates the ancient technique of folding paper for the creation of naturalistic forms, without the aid of scissors or glue. A true art form, origami finds more and more applications in the social and economic life of our time: advertising, graphics, fashion, scenography, design are some of the fields where origami finds its expression. During this workshop the teacher will explain how to make simple patterns of origami.

The proposals for adults are born from the collaboration with the Cultural Association Fuji that, for over 20 years, promotes the knowledge and dissemination of Japanese culture.

Access to the Casa Museo, the temporary exhibition and the side events is allowed only by reservation: info@fondazionezani.com – 0302520479