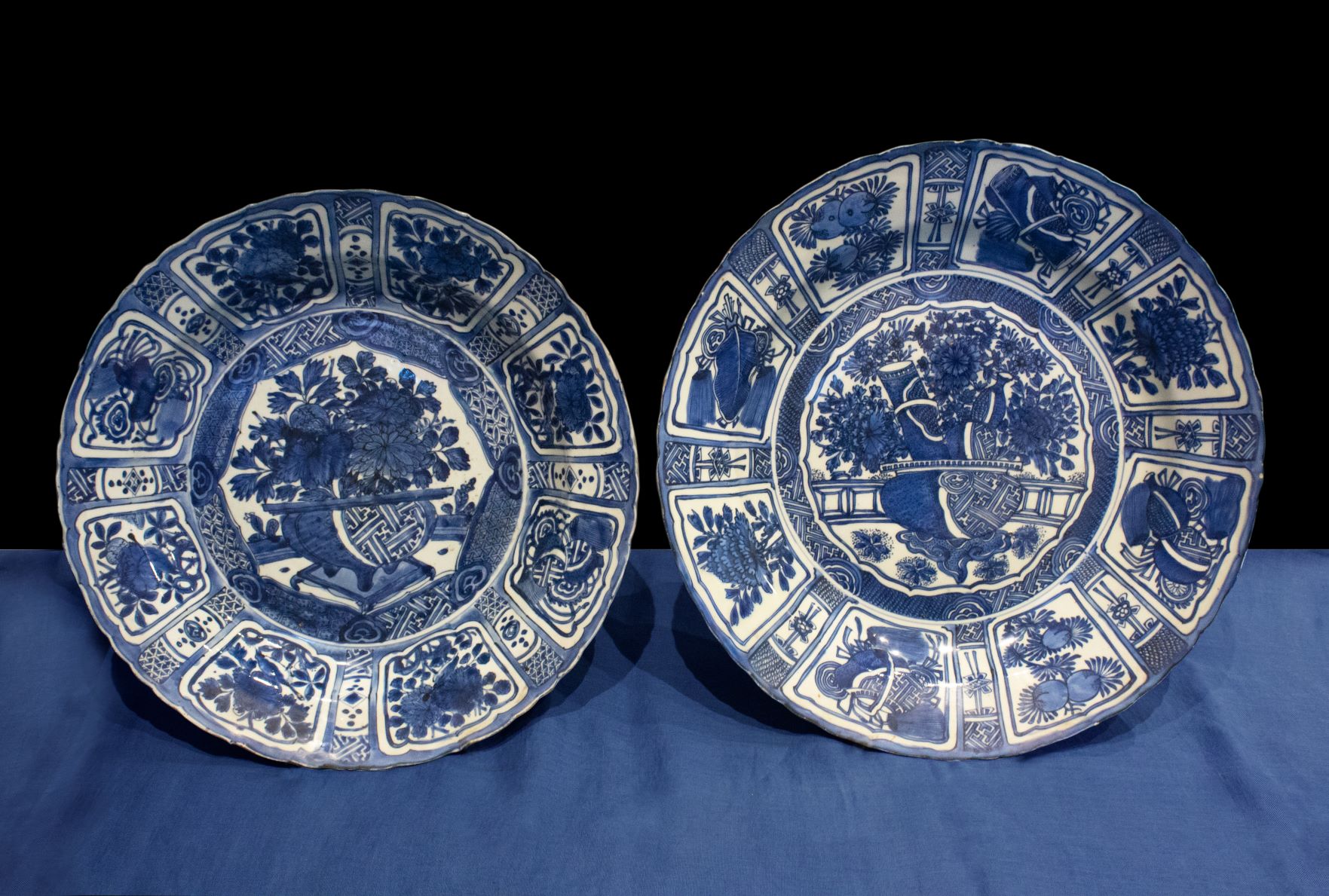 An extraordinary opportunity for visitors to the Casa Museo Zani who will be able to admire, on the occasion of the last month of view of the WONDERFUL! A EUROPEAN BAROQUE FLOWERY MASTERPIECE (until 10 October 2021), two large Chinese porcelain plates from the Ming Dynasty, Wanli period (1573-1619). Acquired by Paolo Zani in 1992, the two exceptional white and blue porcelains with a diameter of 50 cm are exhibited for the first time to the public. Adorned with vases and flower baskets, fabric motifs and jewels, the two Chinese porcelains were made between the end of the sixteenth and the beginning of the seventeenth century.

The exhibition of the large canvas with Still life with three vases of flowers, squirrel and parrot on a table (about 1625-1630), which entered the Zani collection in 2004, also continues until 10 October. he certain attribution was chosen by Zani exclusively for its extraordinary pictorial quality. The scenographic canvas, already attributed to Astolfo Petrazzi in 1999, is admirable for its technique and visual impact, and was exhibited in 2016 at the Galleria Borghese in Rome as the work of a Caravaggesque painter active in the third-fourth decade of the 17th century. The work, as mysterious as it is scenographic, has been subjected in recent months to a series of scientific investigations, stylistic and botanical researches that have led to new results, presented on the occasion of this new exhibition. As many as 63 botanical essences are reproduced in the painting which, due to stylistic and compositional affinities with other works, is today traced back to the production of an artist active in Italy, probably Spanish, within the third decade of the 17th century.

Access to the Casa Museo and the exhibition is allowed by reservation only: info@fondazionezani.com – 0302520479