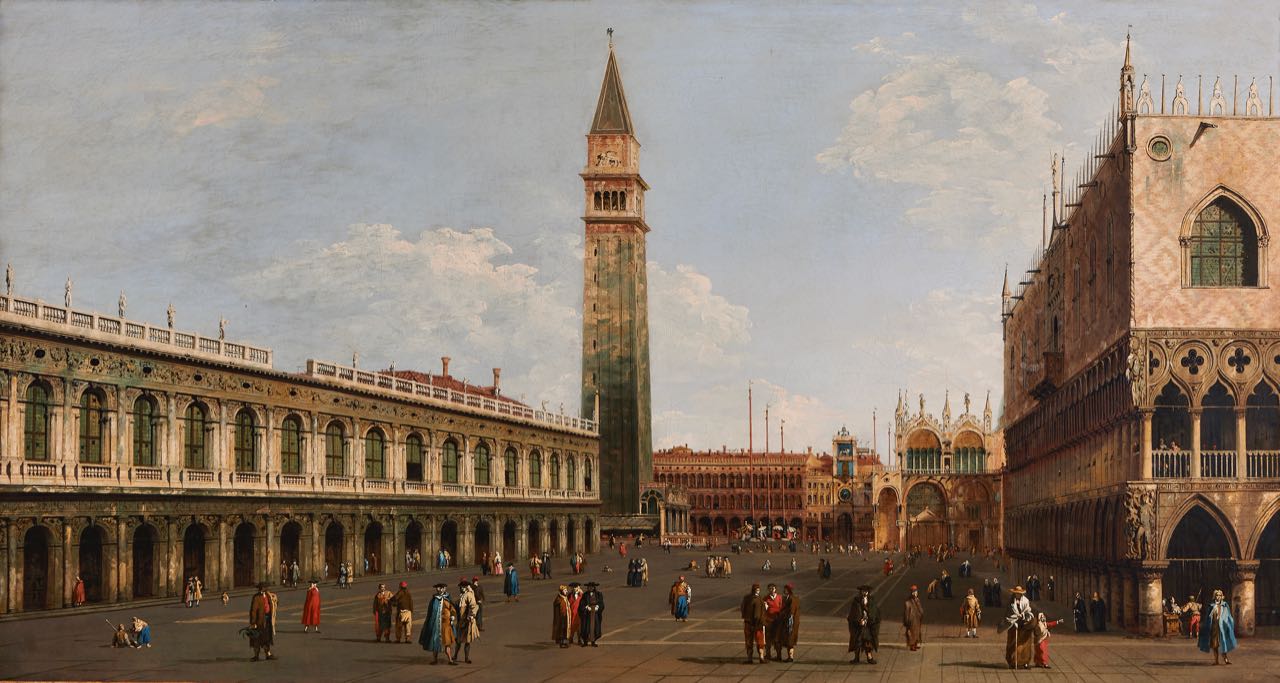 The painting is a view of the so-called piazzetta, or the area between Piazza San Marco and the sea. The first building to the left is the library, followed by San Marco’s bell tower at the center of the painting. In the background, the southern portion of San Marco’s façade, with the clock tower (missing the last floor, which was completed by Massari in 1755). On the right, the view is closed by the Doge’s Palace. Groups of conversing people animate the “piazzetta.” Based on a formal and stylistic analysis, the work can be placed in the ‘30s of the 18th century.