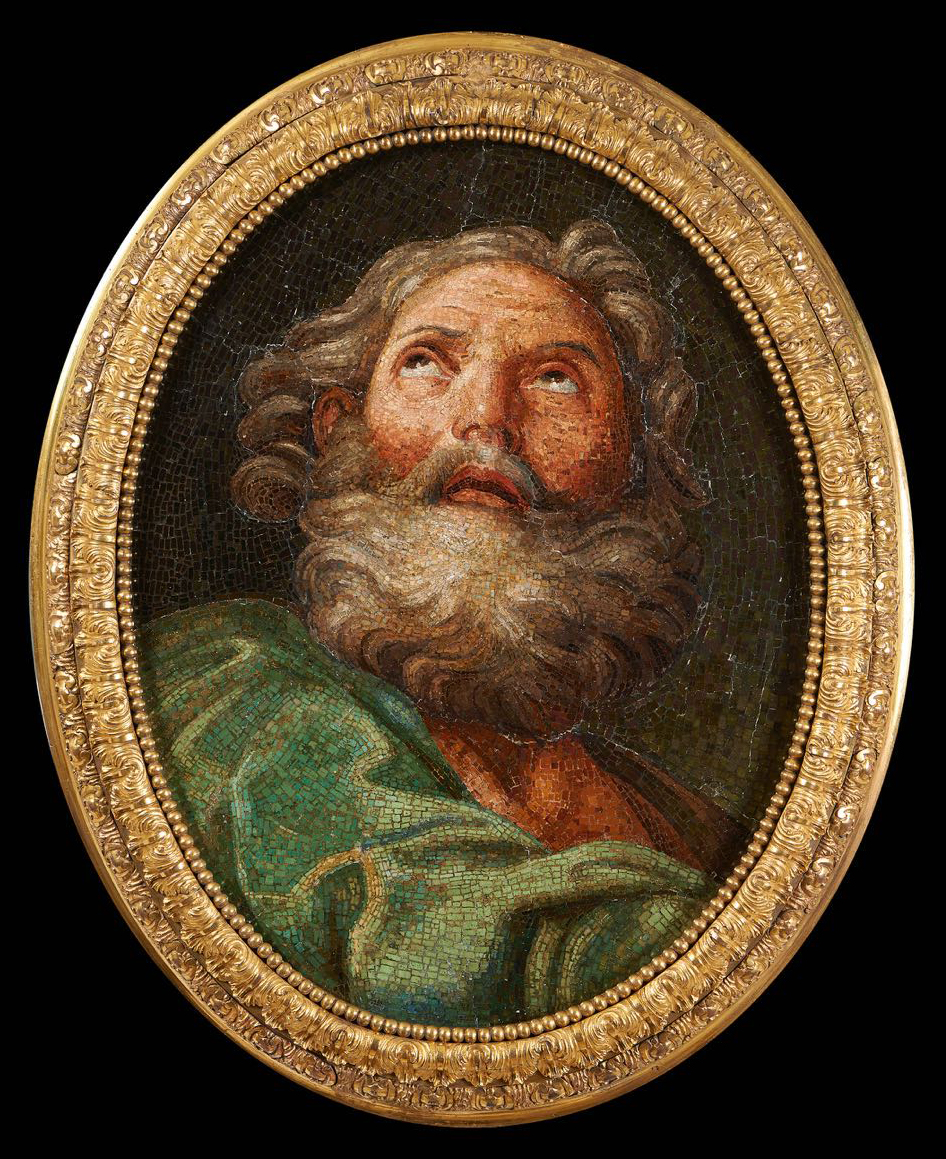 Small-tiled Roman mosaics framed in gilded bronze were often used by the Pope during the 18th century as official gifts to rulers and high-ranking officials. These were usually panels the size of our own, often oval, and the subjects were figures inspired by past prototypes, with a certain predilection for Guido Reni and Carlo Maratti, but also living painters such as Pompeo Batoni. This is the case of the Saint Peter’s head here in exam. There is another version of this same mosaic in the Los Angeles Gilbert Collection (now kept at the Victoria and Albert Museum in London).