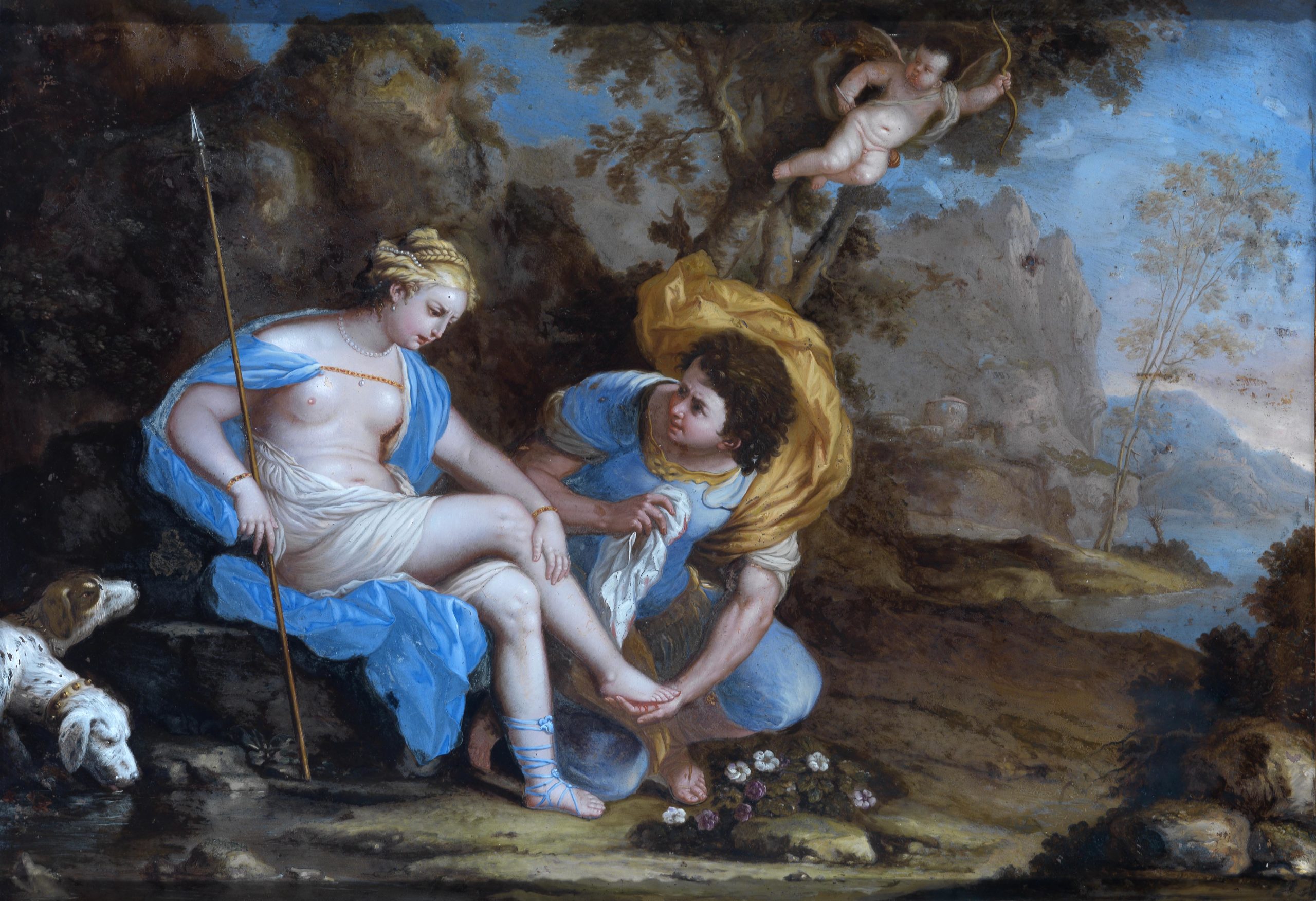 Venus is seated on a rock, her legs crossed. She is holding out her wounded left foot, from which blood is dripping, to Adonis who, kneeling before her, takes it in his left hand, while in his right he holds the bloodied cloth he used to cleanse the wound. This scene from Ovid’s Metamorphoses immediately precedes Adonis’s death, caused by a wild boar’s bite to his groin during a hunt. The theme of Venus and Adonis was very popular during the 17th century because of its symbolic value: Adonis was in fact seen as the emblem of the impulsive youth who, heedless of Venus’s warning, brings about his own death.