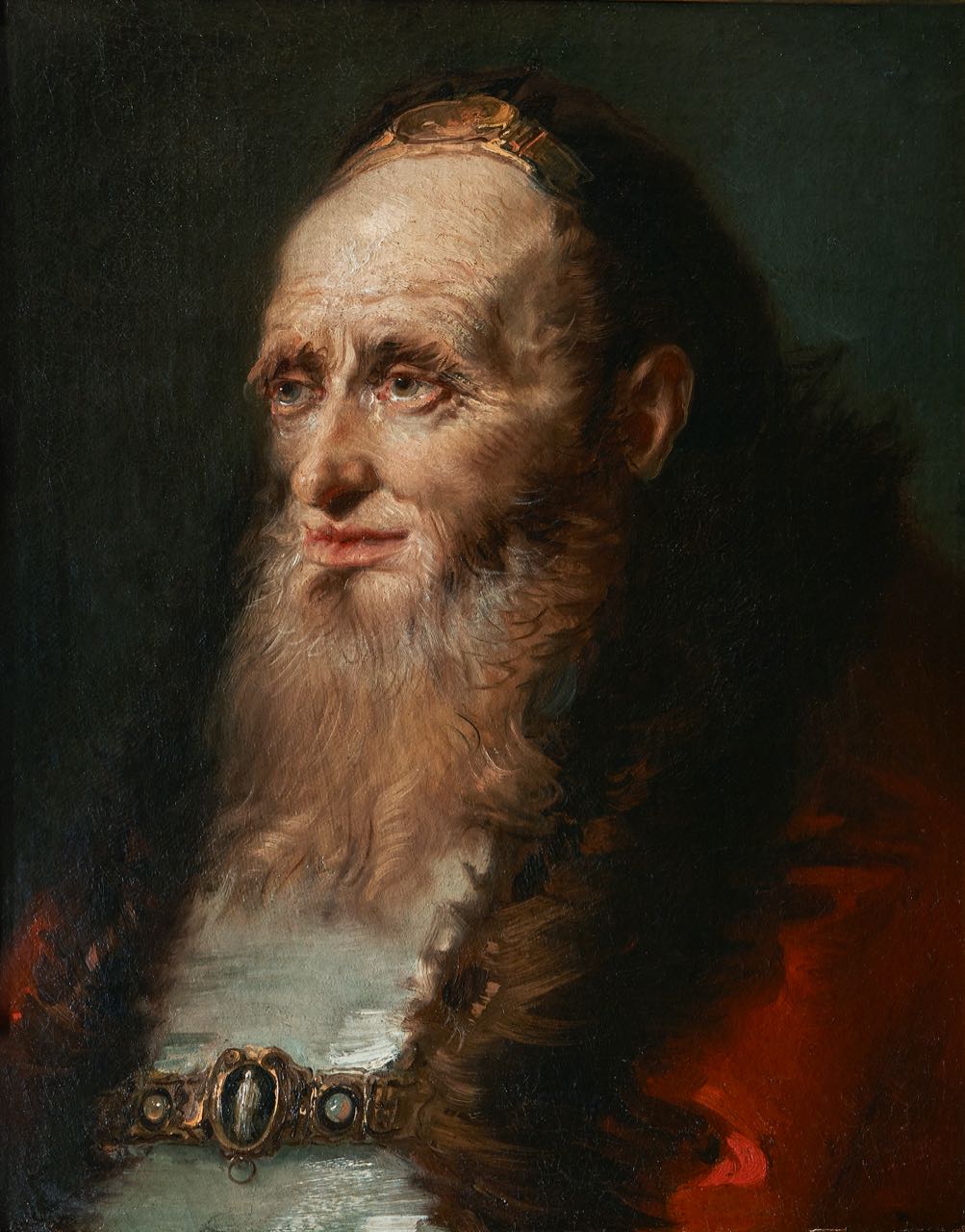 Half-Bust Portrait of an Old Man in Oriental Costume

Half-bust portrait of an old man with a long beard, turned three quarters to the left. He is wearing oriental clothes: white shirt, red-purple cape trimmed in fur, and a diadem with a cameo on his forehead. On his chest, a brooch inlaid with precious stones and a cameo at the center fastens the cape’s lapels. This painting belongs to the famous Philosophers series, painted by Giambattista Tiepolo and his sons, on which the series of sixty incisions by his son, Giandomenico Tiepolo, is based. Morassi (1962) believes that the character portrayed in the picture belonging to the Zani collection is the same model used by Giambattista for the figure of the old man depicted near Anthony in The Banquet of Cleopatra (1743-1744, oil on canvas, cm. 249 x 346, National Gallery of Victoria, Melbourne – Australia, inv. 103-4).